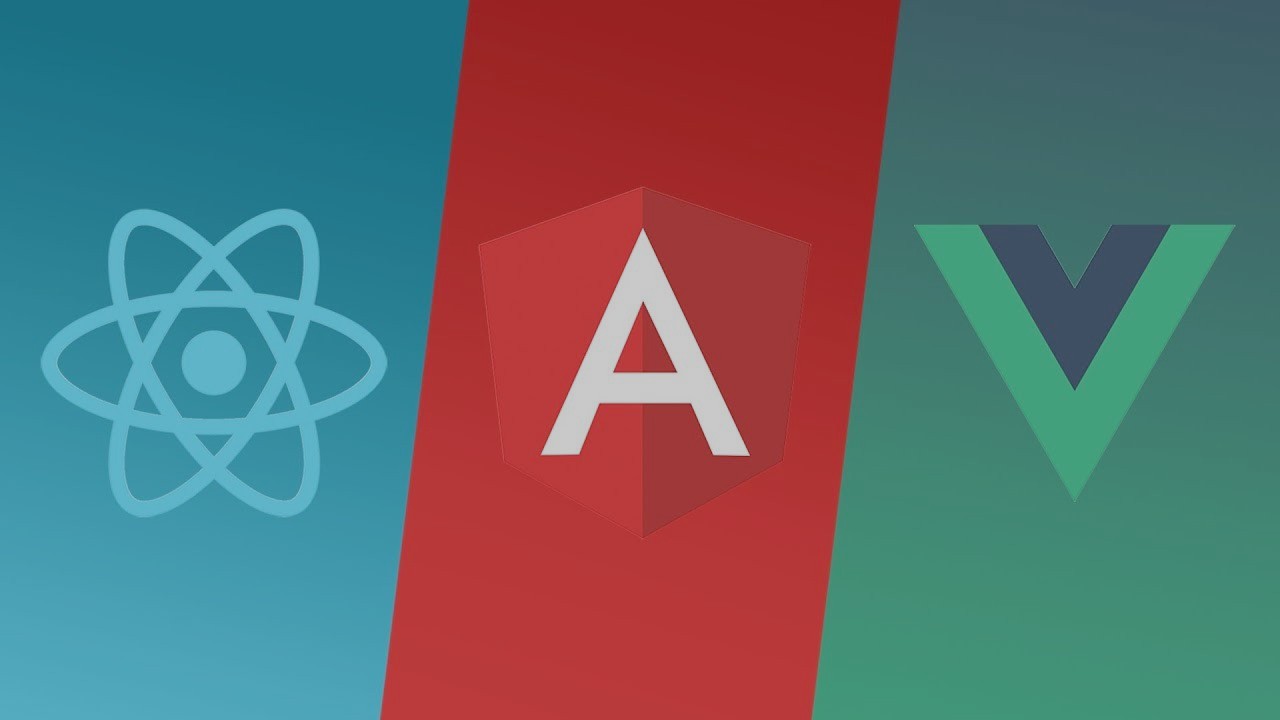 Which framework to choose

React is an open-source mobile application framework created by Facebook, Inc. It is used to develop applications for Android, Android TV, iOS, macOS, tvOS, Web, Windows, and UWP by enabling developers to use React's framework along with native platform capabilities.

Vue. js is a progressive framework for JavaScript used to build web interfaces and one-page applications. Not just for web interfaces, Vue. js is also used both for desktop and mobile app development with the electron framework.

Angular is a platform and framework for building single-page client applications using HTML and TypeScript. Angular is written in TypeScript. It implements core and optional functionality as a set of TypeScript libraries that you import into your apps.

Components
All of these frameworks are component-based. That being said, it should be noted that React and Vue are well suited for handling so-called dumb components - small, stateless functions that take input and return elements as output. Vue.js components do not have special requirements for their names, but it is recommended to adhere to the rules for custom components - use lowercase and hyphenated letters.

Framework versus library
Angular is a framework, not a library, as it contains clear guidelines for the structure of the application and also has broad functionality. Angular is a complete solution for enterprise applications that do not require you to analyze any other libraries or use additional tools. React and Vue, on the other hand, are versatile. Their libraries can be interfaced with all types of packages, although Vue has few of them since it is still quite young.

Flexibility of use
You can work with React or Vue simply by adding the Javascript library to your source code. This is not possible with Angular, as it is designed for more complex tasks. When it comes to microservices and micro applications, React and Vue gives you more control over the size of your applications, allowing you to select only the elements that are needed in specific cases. They also offer more flexibility to migrate from single-page applications to microservices, allowing you to use parts of your legacy application. And Angular, due to its broad functionality, is best suited for developing the single-page applications themselves.


PWAs provide a set of best practices and modern web APIs that are aimed at meeting your customers' needs by making your site fast, installable, reliable, and engaging. Its mix of ubiquity across devices and operating systems, its user-centered security model, and the fact that neither its specification nor its implementation is controlled by a single company makes the web a unique platform to develop software on. Whenever you go to a website, it's up-to-date, and your experience with that site can be as ephemeral or as permanent as you'd like. Progressive Web Applications is not just a framework or programming language. Rather, it is more like a set of requirements that a web application must satisfy in order to function properly as a progressive and modern. This is the ability of web applications to combine the capabilities of native mobile applications and at the same time maintain the advantages of the site. Online use of analogs of a mobile application is much easier, does not require downloading, does not take up extra memory and user time is easy to use and use for both developers and directly for the user.


Web applications can reach anyone, anywhere, on any device with a single codebase. And we could help you to create the best one.